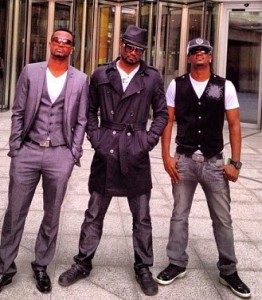 In another twist of events, Peter Okoye has come out in his Twitter page to contradict statements made by their publicist, that there was no fight.

Publicist Bayo Adetu claims that the fight between P-Sqaure was all a publicity stunt, but Peter Okoye admitted few minutes ago on twitter that there was indeed a fight but it has now been resolved.

See tweets after below: –