The specialists of the National Emergency Management Agency (NEMA) have completed their work at the scene of Bauchi Road bomb blast in Jos, Plateau State.

According to the latest report, the suicide bomb attack claimed four lives. Three victims died on the spot on May 24, 2014, Saturday, while one more body was discovered on Sunday morning.

It would be noted that the death toll could have been huge, up to 400, as the lone bomber targeted a viewing centre, where hundreds of football fans gathered to watch Real Madrid VS Atletico Madrid UEFA Champions League final.

The terrorist was not familiar with the area well and the roads close to the centre were barricaded, therefore he failed to reach the crowded place in time. The bomb went off earlier than programmed, near one of the houses in the neighbourhood where the bomber stopped his Honda Odyssey car.

See the photos from the scene of terrorist attack below: 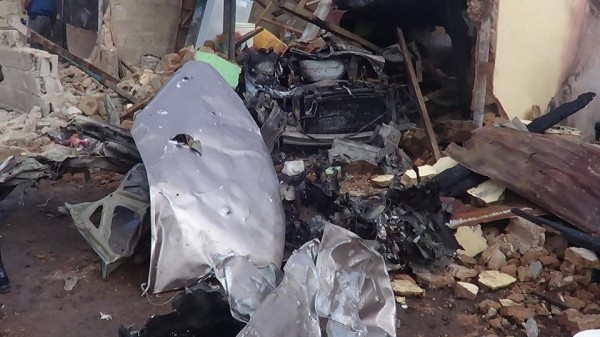 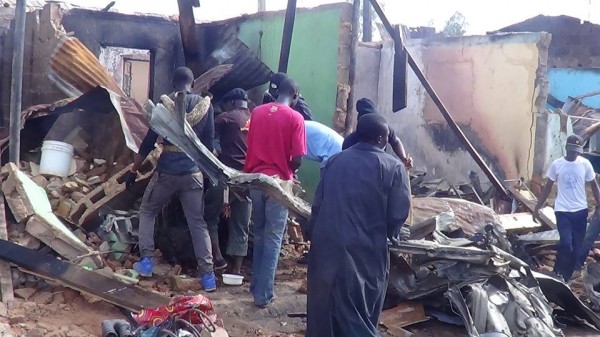 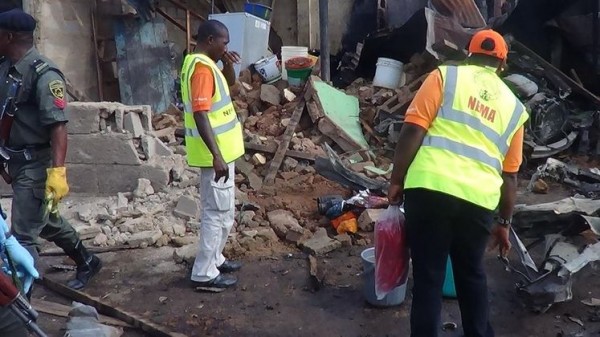 It would be recalled that relative calmness in the city of Jos was ended one week ago, on May 20, 2014, when two bombs went off in the crowded market area, killing from 118 to 200 people.

Though none of terrorist groups claimed the responsibility for the attacks, it is highly possible that they indicate the spread of Boko Haram insurgency outside the tree troubled North-eastern states being under the state of emergency rule for over a year.