It is a welcome development for Nollywood as plans are currently on top gear to build a multi-million naira film village in the capital city of Asaba, Delta State. 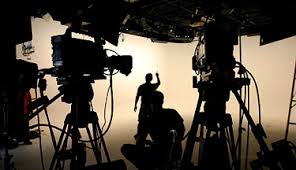 Chief Eddie Ugommah dropped this hint during the week, saying that the film village which will be fashioned after Hollywood will be constructed by a United States-based Nigerian company, Califco Corp Nigeria.

According to him, the proposed project, which is expected to last for five years has already received the nod of the Delta State government. The project commences before the end of the year.

Already, the state government has promised to make available a parcel of land for the project.   Disclosing further, Ugommah who is facilitating the project said, the investors were in Nigeria few months back and spent about 90 days in the country.

“Initially, they were considering three states of Lagos, Abuja and Bayelsa. But when other states were not ready to welcome the idea, I quickly approached Governor Emmanuel Uduaghan who welcomed the idea with open arms.

He said, Delta State governor has a strong desire to turn the state into a film city in Nigeria.