Radric Davis, popularly known as Gucci Mane, has pleaded guilty to firearms charges and therefore has been sentenced to 39 months in prison. 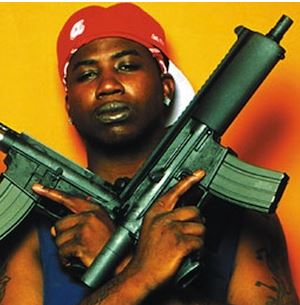 Gucci had initially faced 20 years of jail time and $500,000 fine but a plea agreement was worked out with the prosecutors.

Gucci was arrested on September 12, 2013 in possession of a firearm even though he was on probation at that time.

Then again, just two days, later he was again caught with another firearm, The federal prosecutor said: “Then, just two days later, on September 14th, he again possessed a firearm different from the earlier gun. On both occasions, Davis displayed the loaded firearm, acted erratically, and made threats to individuals, including police and his attorney.”

Gucci has always had problems with the law, having been charged with battery in 2012, when he hit a man with a bottle.

In 2005 he had killed a man, shooting him to death in what people said was self defence but a lack of evidence made the charge to be later dropped.

Aladino Ortiz of the Bureau of Alcohol, Tobacco, Firearms and Explosives said: “The criminal history of the defendant, Radric Davis shows a complete and utter disregard for the lives of others as well as for their personal pursuits”.
Source: CNN