Nigerian Presidency on Saturday refuted a report that President Muhammadu Buhari has approved the distribution of N30,000 each to...
Read more

The whereabouts of President Muhammadu Buhari has no doubt raised a lot of highbrow in the last few days...
Read more

Benue state government has confirmed its first case of the COVID-19.The governor, Samuel Ortom, who confirmed this to newsmen...
Read more

The Chinese city of Wuhan, where the coronavirus disease was first detected, is slowly reopening after two months of lockdown.The...
Read more

Ahead of the 2015 Oscars, the Academy of Motion Picture Arts and Sciences (AMPAS), has approved a twelve-man committee of Nollywood stakeholders, the Nigerian Oscars Selection Committee (NOSC), paving the way for Nigerian entries to be considered for the world’s most prestigious prizes for films. 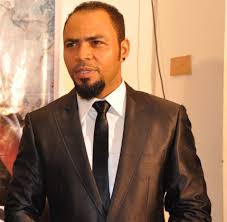 Each year, countries with an approved selection committee may submit one film for consideration for the Foreign Language Film Award, only 5 films are chosen from all international submissions for Academy members to cast their votes and choose a winning foreign language film.

“This is a great opportunity for Nigeria to have a voice in the international film arena”, said Chineze Anyaene, filmmaker and committee chairperson.

The NOSC comprises twelve outstanding professionals who have over time proved their mettle as some of the finest in the movie industry and will select one Nollywood movie each year to be submitted for the Oscars. They include Chineze Anyaene, Ngozi Okafor, Olumide Amure, Ramsey Nouah, Kene Mkparu, Emeka Mba, Chioma Ude, Akin Salami, Mildred Okwo, Biola Alabi, Charles Novia and Shaibu Husseini.

According to Academy rules, the members will consider submissions on seven criteria, which are: story, direction, acting, cinematography, sound, music and universal theme.

Every Nollywood movie selected each year will compete with movies from eighty-five (85) other countries for the coveted Best Foreign Language Film Award. Academy members will then pick a shortlist of five foreign language pictures ahead of the awards ceremony.