The United States Government has assisted Nigeria to the tune of $20 Million or N3.176 billion in form of military funding assistance to fight terrorism dating back to 2012, according to the US State Department officials. 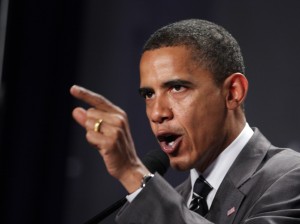 According to Sahara Reporters, the substantial amount in assistance has been largely under-reported, although it is a small amount in relative to the huge amount the U.S. has spent in other countries fighting terrorism.

It was also gathered that ‘back channel’ discussions with Nigerian officials have been ‘stepped-up’ since the car bomb attack at Nyanya motor park in Abuja on April 15th, 2014.

The media outlet reported that a State Department official, who did want to be identified, revealed that several details of the talks and thinking inside the agency have been going on but not widely reported.

It was also stated that the State Department’s Under Secretary, Wendy Sherman, has discussed the Boko Haram matter with the Nigerian Foreign Minister in a meeting on April 16.

Apart from the N3.176 billion issued to Nigeria in 2012, it was stated that the department officials also offered several ‘bullet points’ in US government support for the fight against the Boko Haram menace.

According to the source, some of the assistance rendered to Nigeria included: professionalizing Nigeria’s military, investigating bomb sites, and enhancing forensics capacity.

The memo also stated that the US State Department officials have “urged the Nigerian government to take a comprehensive approach to addressing Boko Haram’s violence – to professionalize its security forces, empower and develop local communities, and work with its neighbours to strengthen border security.

The statement opined that when Under Secretary Sarah Sewall visits Nigeria later this month, she is expected to meet with some high-level Nigerian officials to discuss ways to address the security challenges facing the country.

It could be recalled that a bomb blast occurred at Nyanya in Abuja on Thursday which killed 19 people and wounded 30.

The explosion was later said to have been carried out by the extremist group Boko Haram.