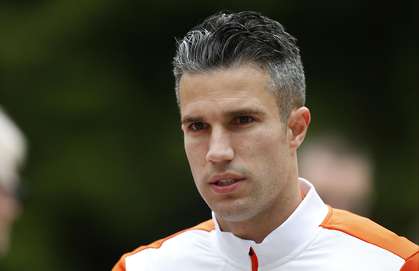 The Dutch striker cut a frustrated figure for the majority of Moyes’ ill-fated 10 month reign at Old Trafford and was rumoured to be preparing for the exit door if Moyes remained in charge.

One club keen on signing the two-time Premier League Golden Boot winner was Arsenal, who were reportedly working on a deal to sign the striker in February.

According to Palmeri, Arsenal had already agreed terms with Van Persie, with only a fee to be agreed with Manchester United before a deal could be completed.

He said on Twitter: “RvP did agree personal terms with Arsenal but Moyes sacking changed it all.”

What is being claimed by the popular social media Figure is that Van Persie only agreed to stay at Manchester United after Moyes was dismissed. It
must also help that Moyes’ successor is likely to be Louis van Gaal, who made Van Persie captain of the Dutch national team last summer.

Moyes and Van Persie were reportedly struggling to get on from the first few training sessions together.

Van Persie did not agree with Moyes’ training methods and plenty have theorised that his injury troubles last season were a direct result of the hard
sessions.

Van Persie was seemingly so unhappy with Moyes in charge at Old Trafford, he was prepared to return to Arsenal’s Emirates Stadium with his tail between his leg. Luckily for him, he won’t be turning up in north London begging for forgiveness anytime soon.(GivemeSport)