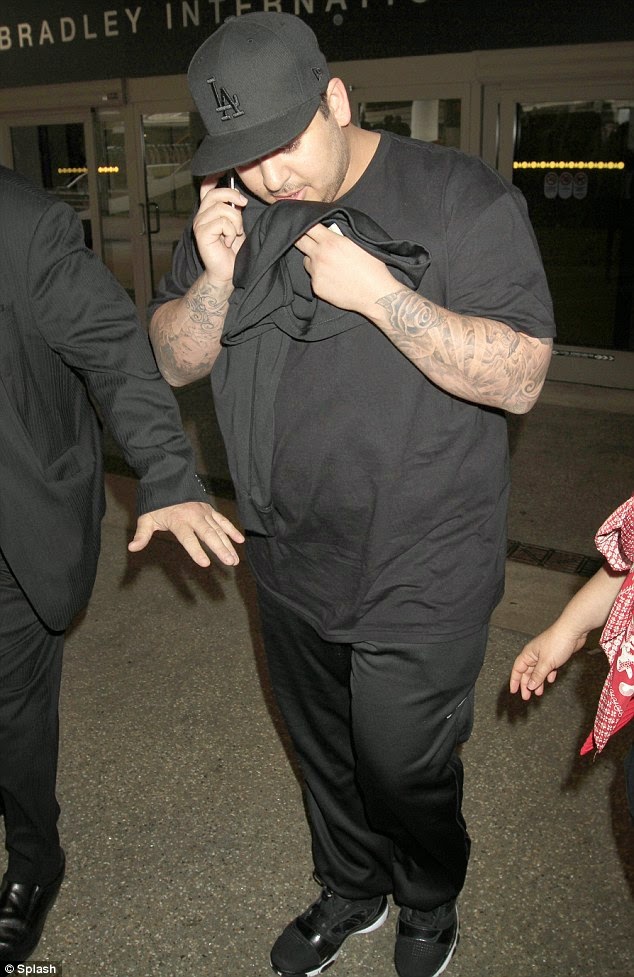 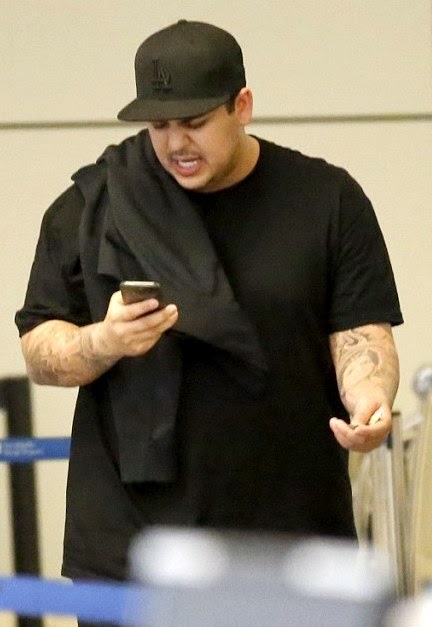 Rob Kardashian left LA for Paris with his mum on Tuesday to attend big sister Kim K’s wedding to Kanye West but something must have happened because Rob skipped the wedding. The reality star was spotted alone at LAX airport California yesterday Saturday May 24th, same day Kim and Kanye got married.

The 27-year-old reportedly described Kim and Kanye’s extravagant wedding as ‘superficial bulls***’ and left after having a fight with Kim prior to the pre-wedding lunch at designer Valentino’s chatea
A source told X17: ‘Rob said he was sickened by Kim and Kanye’s display of wealth and clothes and beauty and called it ‘superficial bulls***’ but Kim was pissed that Rob hadn’t made an effort to drop any weight over the past few months. Rob basically thinks Kim cares about him only for his appearance and he said he’d ‘make life easier’ for her and just leave.’
Rob not only skipped the wedding, he skipped everything else, including the rehearsal dinner. When paparazzi at LAX asked him why he skipped the wedding, Rob didn’t answer. Yesterday was the second time the only Kardashian son would be spotted in public since January 2014 after he decided to stay out of public eye following his massive weight gain.
Advertisement