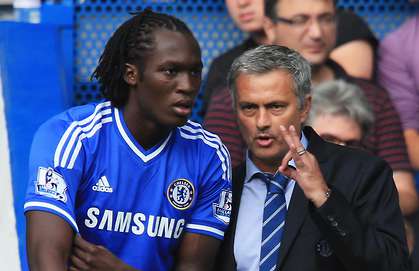 Klopp is determined to land 24-year-old Immobile, who finished as the top scorer in Serie A this season with 22 goals, but has yet to reach an agreement with both Torino and co-owners Juventus for the
prolific Italy international.

While the Italian star remains BVB’s primary transfer target, the Bundesliga outfit are considering the possibility of
signing Belgium international Lukaku – and an enquiry has been made, according to the website of respected Sky Italia journalist Gianluca Di Marzio.

It’s believed Dortmund would consider the idea of bringing Lukaku in on loan, although the talented Belgian has spent the last two seasons away from Stamford Bridge – with West Brom and Everton – and will presumably be hoping to either cement his status as Chelsea’s first-choice striker, which seems unlikely considering the imminent arrival of £32m Spain international Diego Costa, or secure a permanent switch elsewhere.

Arsenal-target Lukaku has showcased his impressive credentials over the last two seasons, scoring 32 Premier League goals in 66 appearances for his two loan clubs. The former Anderlecht starlet has only made 10 Premier League appearances for the Blues, despite arriving at Stamford Bridge in 2011, and
reportedly has an uneasy relationship with Jose Mourinho, who wants to sign Bayern Munich striker Mario Mandzukic as well as Costa this summer.

The Portuguese coach is considering the possibility of making Lukaku on – along with under-performing strikers Fernando Torres and Demba Ba , while Samuel Eto’o will leave the west London outfit
when his contract expires this summer.{
GMS}