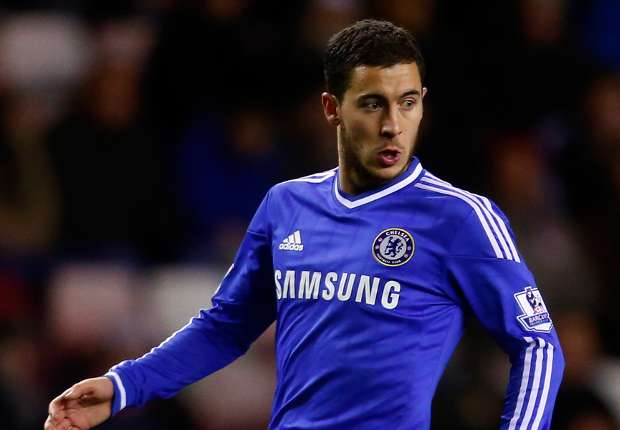 Hazard heads to the World Cup with Belgium on the back of a fine season at club level, yet his future has been the subject of speculation.

After the Stamford Bridge club exited the Champions League to Atletico Madrid at the semi-final stage, the 23-year-old appeared to question the tactics of manager Mourinho, who subsequently suggested Hazard was “not the kind of player ready to sacrifice himself 100 per cent for the team”.

French champions Paris Saint-Germain have been linked with a move for Hazard, with coach Laurent Blanc openly airing his admiration for the forward.

Yet Schurrle, who has just completed his first season at Stamford Bridge, expects to play alongside Hazard again next term.

“The manager and the club know that Eden Hazard is a very talented and good player. I think we should not overestimate these things,” said Schurrle in a press conference held at Germany’s training camp ahead of the World Cup.

“Of course statements were published, but I believe Eden is very happy to be with Chelsea and Mourinho is happy to have him. Next season everything will be all right again.”

Asked for his thoughts on Mourinho, the German replied: “I admire his attitude and his way of thinking. It’s all about winning. He wants to win every game.

“He regards every title and every victory as a matter of course, no matter who’s the opponent.

“I admire his will. I’ve never experienced something like this before. His greed for success is impressive.”{GOAL}