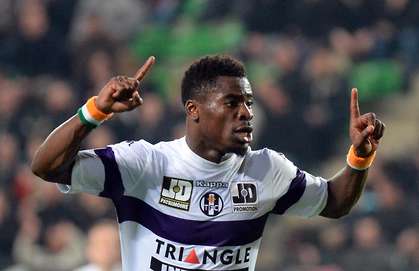 Arsenal are ready to make Toulouse full-back Serge Aurier their first summer signing in £7m deal in a swift move to tie up a deal that effectively sees the Gunners attempt to replace Bacary Sagna, according to the Daily Star.

Sagna played the final game of his current contract against Hull City in the FA Cup final on Saturday and despite Wembley success is widely expected to sign for Manchester City on a free transfer, although Arsenal chiefs are still talking to the French international to try and address that situation.

Gunners boss Arsene Wenger is a realist though and has already moved to sign Sagna’s long-term replacement in Aurier, an Ivory Coast international who has taken Ligue 1 by storm this season.

Aurier is just 21 but already commands a reputation as an energetic full-back with creative edge, a view which has been enhanced this season thanks to a
record of six goals and as many assists for Toulouse in Ligue 1.

Arsenal believe the powerhouse has the potential to replace Sagna and compete with Carl Jenkinson for a starting spot in the Premier League, with the added
bonus of a relatively small fee in terms of the reported £100m budget Wenger has to make additions during the close season.

Toulouse are reluctant to let the starlet leave this summer but Arsenal have other plans and want to tie up a deal before the World Cup gets underway next month, in a bid to fend off rivals for his signature from across the continent.(GMS)