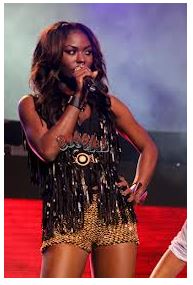 The EME Records singer made this comparison while expressing her displeasure with the leadership style of President Jonathan especially on his handling of the missing school girls in Chibok, Borno State.

The Love To Love You crooner, who is fondly called the first lady of EME Records, likens the situation in the country to George Orwell’s legendary novel, Animal Farm.

A novel where animals, led by some pigs, chased away the human minders of the farm, took over the helms of affair and turned round to inflict untold hardship on other animals, killing some, maiming others and generally making life difficult for their subjects.

While tweeting on her Twitter handle, Niyola also describes the president as a Zoologist, blaming him for the troubles the country is going through presently.

Below is her tweets: