Home National News Odd News SHOCKER: SEE 17-Year-Old Boy Who Drown Self After He Was Threatened By...
Facebook
Twitter
WhatsApp

A 17-year-old boy, Callum Moody-Chapman, has been reported to commit suicide after he was threatened by a boy dating his ex-girlfriend. 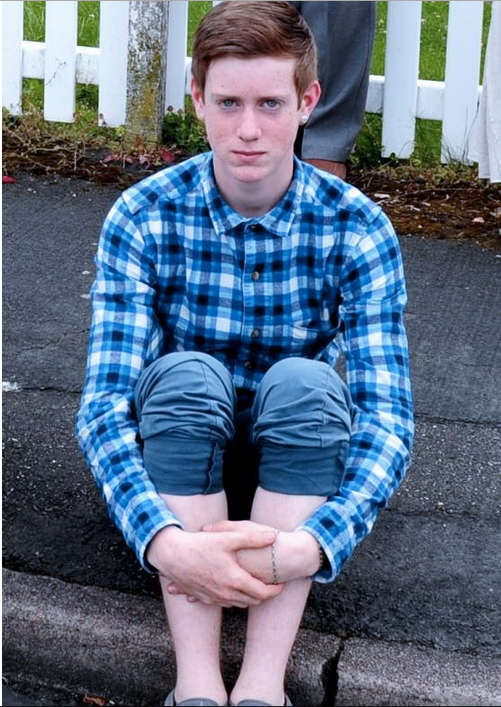 According to Metro.co.uk, Callum decided to drown himself after he was targeted on Facebook by a love rival who threatened to stab him and set fire to his family home.

An inquest heard that the teenager walked into the sea to drown in Maryport, Cumbria, after another 17-year-old who had been dating his ex-girlfriend sent him threatening messages online.

The abuser, who cannot be named for legal reasons, allegedly wrote that: ‘I swear to God, shut your lips or I’ll cut them off and feed them to you.

‘I’m going to take a Stanley knife to your face…I’m sure you’re going to see a lot of my mates. I’ve already got four lads who want to stamp on your head when I’m finished.’

It was gathered that the tragic incident happened when Callum was visiting family in Maryport last year when he went missing on December 15.

Reports say on the morning the deceased disappeared, he had a Facebook conversation with the boy, who wrote: ‘You’re f***ing dead.’

*Beach where Callum’s body was found

Callum was said to have phoned his brother and dad apologising for ‘messing up his life’. His body was found by a walker on the beach two days later.

His mother, Nikki Moody, told the Mirror that the laws around cyber-bullying need to be revised to prevent future tragedies.

However, it was gathered that the teen’s abuser admitted assault and he was given an eight-month referral order.