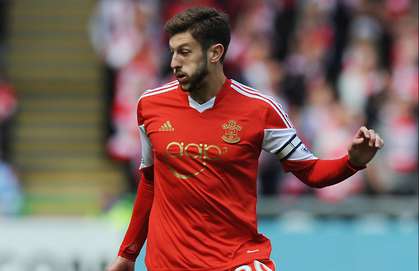 Liverpool have been told by Southampton that they will have to meet the £25m valuation if they want to secure the signature of Adam Lallana, reports the Daily Star.

The Reds launched a £20m bid for the England international last week and were confident it was enough to convince the Saints to sell.

However, Southampton are digging their heels in and won’t sell Lallana for a penny less than £25m.

Lallana, who is the captain at St Mary’s, is a jewel of Southampton’s famed academy and the club are ready to drag the transfer saga deep into the
summer transfer window.

That would go against the advice of England manager Roy Hodgson, who urged the 25-year-old to make sure his future was sorted before the World
Cup started in early June.

If Liverpool can’t meet the valuation, it gives Manchester United hope that they could steal a march on their Premier League rivals.

The Red Devils have also been linked with a move for Lallana in the past as they look for weird and wonderful ways to spend their enormous transfer
budget.

Options on the wing have been light for
Manchester United in recent times with the likes of Ashley Young and Nani failing to find top form.

But Manchester United are still concentrating on Landing a marquee target and the more time Liverpool take agreeing a fee with Lallana, the more
chance Louis van Gaal has to decide whether to rival them for his signature.

Liverpool have already highlighted an alternative to Lallana in the form of Bayern Munich star Xherdan Shaqiri if they can’t agree a fee with Southampton.

Rodgers would no doubt be keen to seal his top target Lallana, however, who would count as a homegrown player in their Champions League squad next season.{GMS}