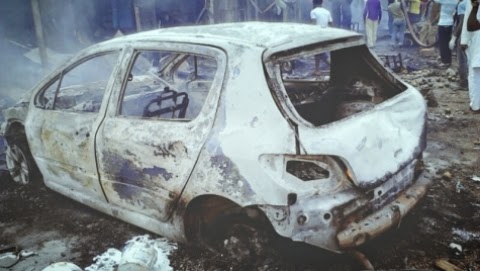 Speaker of the House of Representatives, Hon Aminu Waziri Tambuwal, has condemned the twin bomb blasts that rocked the city of Jos, Plateau State on Tuesday.

The blast, which occurred at the popular Terminus market in Jos, reportedly killed over 100 persons but official figures put the death toll at 46.

Tambuwal described the attacks as acts of cowardice that have no place in civilized societies.

The Speaker, in a statement issued by his Special Adviser on Media and Public Affairs, Malam Imam Imam, urged security agencies to redouble their efforts so as to fish out perpetrators of the attacks. He equally appealed to members of the public to provide the security agencies with useful information that will aid investigations into the bombings.

Tambuwal also called on Nigerians to be hopeful and not despair, saying the current security challenges bedeviling the nation will soon fade away.

While condoling with the families of those who have lost loved ones in the attack, the Speaker prayed to almighty God to bless the injured with speedy recovery.

Information Nigeria reports that the Jos multiple explosions came less than 48 hours after a bomb was detonated at a relaxation spot in Kano State in which no fewer than 10 persons were killed.