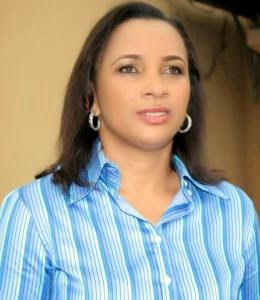 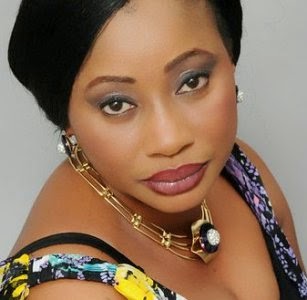 The beef between these two women is obviously not ending anytime soon. About a week after Actors’ Guild of Nigeria president Ibinabo Fiberesima issued a statement addressing the constant attack from actress Clarion Chukwura, saying she was only trying to destabilize AGN, Clarion is not relenting and has fired back. In an interview with Punch today, Clarion said Ibinabo is an ex-convict and therefore not fit to lead AGN.

“I am not on the same level with Ibinabo professionally, educationally or in any other form. I find that she is deliberately misleading the public and wanting to push the issues at stake under the table with her so-called open letter. I will not allow her to do that.

“Item ‘U’ of the electoral guideline of AGN disqualified her. No convicted person can stand for election in any post. She was convicted for manslaughter and she was given a jail sentence which she served. There is a court injunction stopping Ibinabo from parading herself as the AGN president. This is the copy of the judgment. I have it. Manslaughter has no option of fine. Her sentence was reduced from seven years to five years and we all know she went to jail. The judgment reads in part, ‘there is proof that she drove recklessly and caused the death of Dr. Sura Giwa contrary to the road traffic laws of Lagos State.’ She was drunk. How could this person be the face of AGN?” Continue..

The actress said she wouldn’t have joined Ibinabo’s party to Aso Rock even if she had invited her, saying,

“Some actors have even explained to me why they followed her. They said they were taken there on a fraudulent arrangement for her to use and get what she wanted. Would she really have approached me for a thing like that?”

Clarion alleged that Ibinabo had been going from one state government house to another to “beg” for money.

“I have the data of every government house she has been to. No single chapter has seen a dime for running the guild. She went to Ondo State and she was given N500, 000. What chapter did she inaugurate in Ondo State? The guild wasn’t set up to go begging from one state government to another.”

Clarion said Ibinabo couldn’t have clocked 40 years as she claimed in her letter because,

“In 1989 when she was running Pyramid Club in Lagos, she was 22. How can she say 25 years later that she is just turning 40? I have known her a long time. I know what I am saying when I say she is not a professional actor.”

When reminded that Ibinabo had featured in some movies, Clarion said,

“That is not what makes you a professional actor. You have market women in the East who have acted in one or two movies; that doesn’t make them professional actors. I will be 35 years in this industry soon. This is the industry that has made me everything that I am. I will not stand by and watch it destroyed. People have placed their trust in me. I am an activist. People believe that I will bring justice to bear on this issue because I am afraid of nobody.”

Concerning Ibinabo’s allegation that Clarion just registered as a member of the guild few weeks ago, the veteran actor said,

“I joined the AGN in 2002. I was part of the process that brought in Zach Orji as the president of the guild and thereafter Ejike Asiegbu. When it was time for Ejike to leave, the whole thing degenerated. A caretaker committee was formed with KOK as the chairman and I as the vice Chairman. These are my identity cards. I even have a membership certificate which was signed by Segun Arinze who was the national president and Ifeanyi Dike as the BOT chairperson.

“I went to pay N5000 into the guild’s account as my dues for this year. She should provide any proof showing that I just got registered.”

Clarion also used the opportunity to fire back at Ifeanyi Dike, the Chairman of the Board of Trustees of the guild who she claimed had maligned her in some publications recently.

“The BOT led by Ifeanyi Dike has been the same board since the incorporation in 1999. According to the constitution, they were to serve 10 years and leave for a new board to replace them. People had become aware that the BOT members are not men of integrity and the guild wasn’t moving forward.

Clarion said she wasn’t attacking Ibinabo just because she (Clarion) wants to contest for the AGN presidency.

“The first step is the dissolution of the BOT. When the time for election comes, there are several credible people who are prepared to run for the post. I will give my support to any credible candidate who wants the viability of every chapter. I will pass my plans and ideas to that person. It is not about me wanting to be president. I will gladly work and support the new person in an advisory role.”