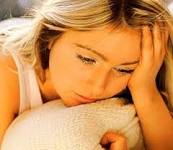 I don’t know how or why or when it happened, but somewhere along the line I realized that I have an inordinate amount of female friends. It’s been a blessing and a curse really. The majority of my closest friends are female. I’m living proof that men and women really can be “just friends.”

One of the stellar benefits of having close platonic relationships with women (I’ll save the negatives for another column — because believe me, particularly in the dating game, there are many!) is you get some compelling, honest insight on what makes women tick. After all these years, I think I’ve got a pretty decent understanding of the ladies. I’ll never completely figure you all out — I won’t even attempt that Herculean task — but I think I know enough to stay out of the doghouse!

Your SMF’s receive a fair amount of e-mails. As one of the founders of StraightMaleFriend.com, I thank you. Lord only knows where we’d be without you and your correspondence. From those e-mails and the regular correspondence with you and many of my friends, I’ve noticed a surprising trend.

Women who couldn’t care less about getting married. Seriously.

This is not to infer that the general female populace has suddenly become anti-marriage. Not only do I not harbor that belief, but the preponderance of evidence clearly indicates that matrimony is still the preferred path of life’s journey. But what I have seen is an ever-expanding legion of women who are quite content with their lives sans a husband. Women who are cool to the idea or just flat out not interested in being a wife.
What’s really been fascinating is how many of these ladies still aren’t comfortable sharing that perspective with other people because of the way the information is/would be perceived. And it really gets touchy when they announce that they’re not interested in having kids. Just the other day, I was told, “Marcus, you know how some people’s biological clock is ticking? Mine’s not broken — it’s just not even there.”

Now understand, as a guy, this is fairly unbelievable news. What woman doesn’t dream about getting married? What woman doesn’t have her entire wedding mapped out by the time she sees her first Julia Roberts movie? Are you kidding? Of course you want to get hitched … you’re a woman!

Well, that’s simply not the case.
Apparently there are a lot of women who could give a rat’s a** about having a relationship, in general, not to mention marriage in particular. And I find it fascinating, brave and a spectacular display of self-honesty to admit it. As open-minded as we all like to think we are, those women get the collective stink-eye. We’re a unique society that way. We promote women’s strength and independence, but we’re perplexed when they exercise that independence by NOT wanting to get married, by NOT wanting to have kids, by being … a real life Samantha Jones if she chooses.