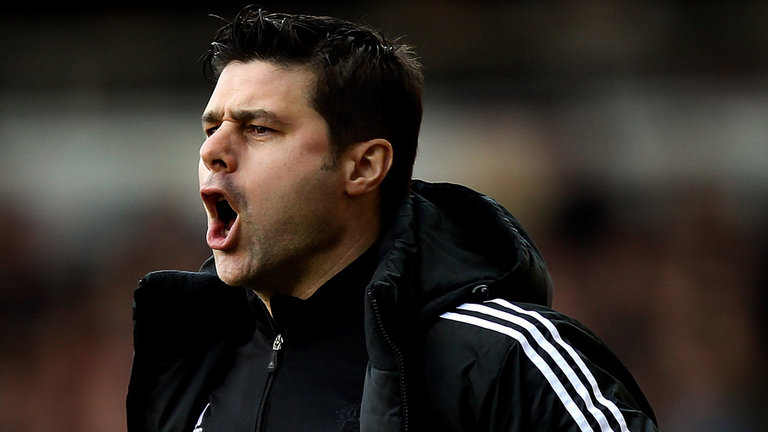 Tottenham are determined to conclude a deal to make Southampton boss Mauricio
Pochettino their new manager by the end of the week, according to Sky Sports News’ Jim White.

The 42-year-old Argentinian has emerged as chairman Daniel Levy’s principal target and is considered to have been his preferred choice since
Tim Sherwood was sacked after the final game of the season on May 13.

Spurs have looked at other targets, most notably the Holland head coach Louis van Gaal prior to his appointment at Manchester United, as well as the current Ajax boss Frank de Boer.

But it appears they have been most impressed with former Espanyol head coach Pochettino, and business is now underway to confirm him as Levy’s 10th manager since taking control of White Hart Lane in 2001.

Pochettino, installed as Southampton
boss in January 2013, has been hailed for having masterminded their rise from the bottom-six of Premier League to candidates for European qualification this season.

He has also been heralded with significantly aiding the development of England internationals Luke Shaw, Adam Lallana and Jay Rodriquez, as well as
successfully integrating Saints’ academy players Calum Chambers and Sean Gallagher into the first- team.

This is what Tottenham want. The club’s aim is for their next manager to get the best from a squad that had over £100millon-worth of investment last
summer and also see a number of encouraging youth players graduated into the first-team.

Pochettino, who has one-year left on his
contract at St Mary’s, described the conclusion of Southampton’s season as “the end of a project” but Southampton
have been determined themselves to get their manager to sign a new deal.

Saints midfielder James Ward-Prowse recently stated it would be a “major blow” to lose their manager. “All the players love him,” he said. “he has helped me technically and physically and is a fantastic manager.”

Striker Rodriguez also said recently: “He
is unbelievable. I love playing under him.”{SSN}