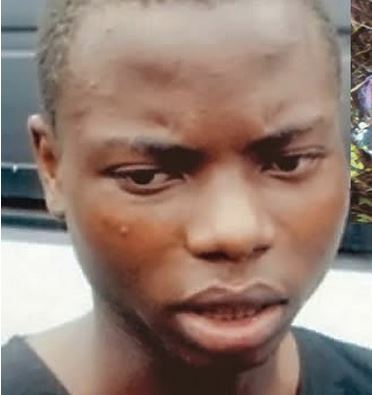 Franklin Njoku, a Senior School Certificate Examination candidate has been arrested for raping and  killing the four year of daughter of his landlord, Gloria Eze, Tribune reports.

18 year old Franklin from Ohekelem in Ngorokpala LGA of Imo state was posted by WAEC to sit for his exams in Aboh Mbaise Secondary School at Uvuru village, and because of the distance of Uvuru from their village, his parents got him a one room apartment where he met the 4 year old.

On April 16th, Franklin lured the four year old with biscuit and sweets into a nearby bush, where he raped her, strangled her to death and hanged her lifeless body on a dwarf palm tree to make it look like she killed herself. Continue…*pic of the dead girl is after the cut – viewer discretion advised*.. 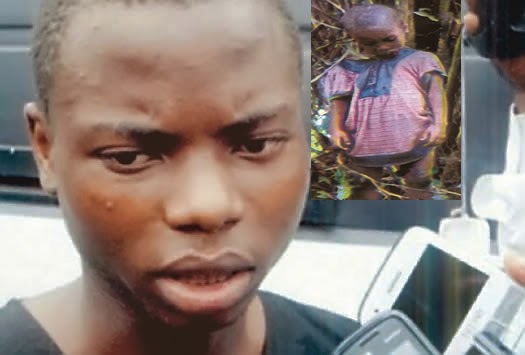 Luck ran out on him when a neighbor caught him trying to tie the little girl on the tree and raised an alarm. He was immediately apprehended by the villagers who handed him to the police.

Parading him at the police headquarters in Owerri, the state commissioner of police, Alhaji Abdulmajid Ali said he would be charged to court after all investigations have been concluded. Frankly confessed to the crime and said it was Satan that pushed him to commit the crime.