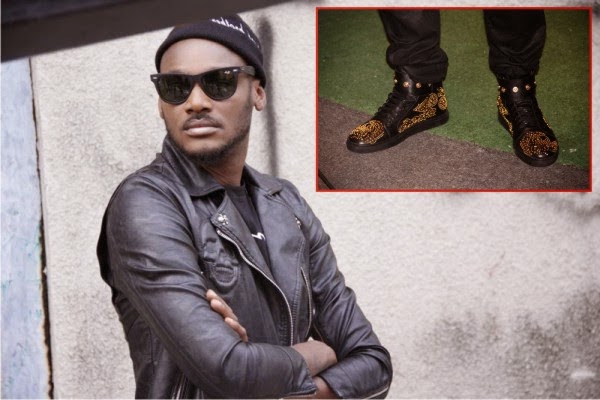 Honestly, 2face Idibia gets away with a lot of things (like some of those boring videos he’s
shot in SA) and instead of getting some form of backlash, we love him even more for being so
openly human…
But, Mr. Idibia, did you think we wouldn’t notice those shoes you have on (in the photo above)
belong to wifey, Annie Idibia ? Or maybe the pop star just ran out of shoes as he stepped out
to feature in Tunde and Wunmi Obe ‘s new music video ‘Green white green’?
According to several online stores in the US and UK, the stud-sprayed leather high- top Versace sneakers were designed and created for only women.
And, oh yea, they cost N250,000 only. But maybe 2face is trying a new metro-sexual
look? Who knows! 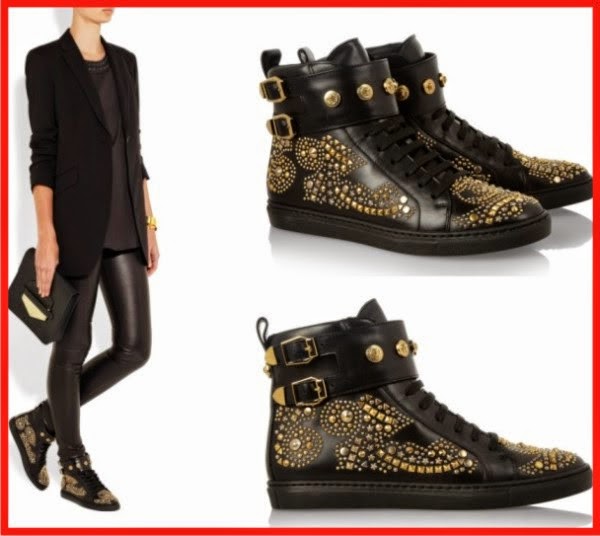