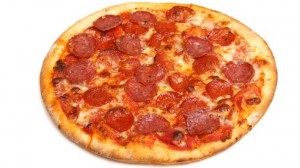 A North Carolina woman was arrested after she called 911 because Subway made her pizza incorrectly.

According to the Gaston Gazette, Bevalente Hall called 911 because Subway put marinara sauce on her “flatizza” instead of pizza sauce. Hall told Subway that she can’t eat their marinara sauce and it is “horrible.”

When Subway wouldn’t give Hall a refund, she called 911 and asked that an officer be sent to the restaurant.

The angry customer also reportedly complained that the restaurant made her mother another sandwich without a problem but wouldn’t do the same for her.

Hall was charged with misuse of the 911 system. She was released on $2,000 unsecured bond.