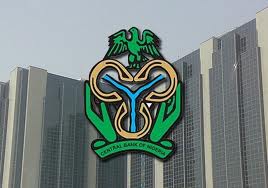 The Central Bank of Nigeria on Thursday brought to the front burner the issue of youth unemployment in the country as it said 80 per cent of Nigerian youths are without jobs.

This is despite repeated figures released by the National Bureau of Statistics indicating that the Nigerian economy had been creating millions of jobs in the past years.

Only last week, the NBS stated that the economy created about 1.2 million jobs in 2013 fiscal year.

Mahmood spoke while delivering a paper on Nigerian Sustainable Banking Principle during the 2014 World Environment Day programme organised by the Federal Ministry of Environment in Abuja.

She said, “As the population is growing, the resources that we all depend on, the food, energy, water, is declining. The demand for these resources will rise exponentially by the year 2030, with the world needing about 50 per cent more food, 45 per cent more energy and 30 per cent more water.

“In Nigeria, there is the issue of youth and employment. 70 per cent of the 80 million youths in Nigeria are either unemployed or underemployed. We are all witness to what happened recently during the immigration recruitment exercise and this is simply because 80 per cent of the Nigerian youth are unemployed”.

Mahmood noted that currently Nigeria’s economy is the largest in Africa, adding that the country is using fossil fuel to drive this growth trajectory.

She stated that Nigeria’s economic growth was as a result of its abundant oil reserves, and warned that the flaring of gas from oil may negatively affect citizens in the country if not properly managed.

She said, “Nigeria has been flaring gas since the discovery of oil in the 1950s. We produce and burn about 20 billion cubic meters of gas annually and this is enough to meet our energy need. Remember we said we don’t have electricity, whereas we can provide electricity with this gas that we flare.

“And also when we burn this gas, we produce greenhouse gases that affect our livelihood and the livelihood of people that live around that area”.

The CBN official also decried the high number of persons living below the poverty line in Nigeria as well as the about 120 million persons in the country said to still lack access to electricity.

According to her, the above reasons were some key issues why the financial sector came together to develop and adopt the Nigerian Sustainable Banking Principle.

In her remarks on the occasion, the Minister of Environment, Mrs. Laurentia Mallam, explained that the 2014 WED was targeted at addressing climate change and the impact of sea level rise on the environment.

She said, “In Nigeria, the impacts of climate change are manifested by erosion and landslides in the East, drought and desertification in the North, rising sea levels in the coastal areas and flooding across the nation.

“The transformation agenda of Mr. President in the environment sector is aimed at addressing all forms of land degradation through specialised projects”.