Reuters- At least 20 people were killed in
inter-clan violence in northern Kenya on Sunday, the police said, further destabilizing one of Kenya’s most volatile regions.

The clashes between the Degodia and Gare communities started in mid-May and has led to more than 40 deaths in Wajir county that borders Somalia,
local media reported.

The fighting was the latest in a series of tit-for-tat killings that are ostensibly part of a longstanding grazing land and water dispute between the two tribes.

“I can confirm that 20 people have been killed in the fighting between militia from the Degodia and Gare.

Mwinyi said the police had launched an investigation to establish whether the latest Degodia and Gare clashes were politically motivated. Wajir county has
few roads in rural areas and many of the details about the clashes were unclear.

Last year more than 100 people were killed in Kenya’s Tana River area when two rival communities fought each other for weeks over land and water resources.

The police said the clashes were incited by local politicians.

An influx of weapons across Kenya’s borders, in particular from Somalia, has intensified the ferocity of attacks between rival communities in recent years. 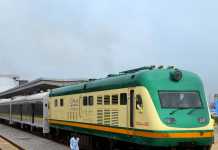