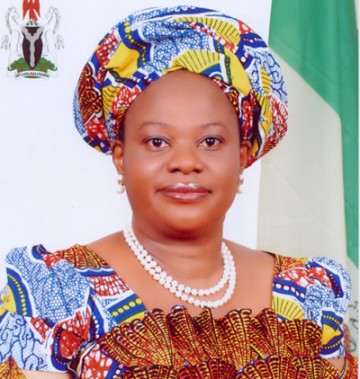 The Deputy President of the Senate, Sen. Ike Ekweremadu, on Monday expressed grief and shock over the death of the former Minister of Information, Prof. Dora Akunyili.

Ekweremadu said that her death was a huge loss to the entire country and an exit of an uncommon role model.

This is contained in a statement issued by Mr Uche Anichukwu, Special Adviser on Media to Ekweremadu , in Abuja.

The News Agency of Nigeria reports that Akunyili died of cancer in India on Saturday at the age of 59.

Ekweremadu described the deceased, also a pharmacist, as a woman of substance, unequalled character and courage, who brought respect and glory to the nation.

“Prof. Dora Akunyili was a woman of enormous integrity, a quintessential professional and public administrator per excellence.

“As a minister, she was outstanding and as the Director-General of Nigeria’s National Agency for Food and Drug Administration and Control, she made an indelible impact”. (NAN)

He said her brilliant innovations and unparalleled spirited war within the health sector practically gave life back to millions of Nigerians.