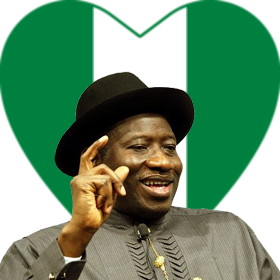 President Goodluck Jonathan has expressed optimism that the Victory of the Super Eagles over Bosnia-Herzegovina at the on-going FIFA World Cup in Brazil, as well as the successful conduct of elections in Ekiti state, were signs that Nigeria would be great again, despite the present challenges.

He spoke at the Aso Villa Chapel, where he was decorated as the Grand Patron of the Boys Brigade of Nigeria.

According to Mr. Jonathan, though the country is passing through security challenges, Nigeria will “crush the Boko Haram” insurgency and take its rightful place in the comity of nation.

“I’m particularly happy today because of the two events that happened on Saturday. First was the election in Ekiti State. I’m quite happy not necessarily that my party won the election.

“Yes as a leader of the party I’m supposed to be happy, but it is beyond that. I was told that there may be crisis in Ekiti, because the report I got before the election the feeling is that yes, one party might win or lose, but there will be fire and brimstone. I have to commend the Nigerian police and other security agencies.

“And today Ekiti is in a peaceful state, elections are over and of course to cap it all, those of you who watched the late night match the Eagles made us proud I only see this as a sign of unfolding of a greater nation coming, Nigeria will surely take its rightful in the comity of nations, all the challenges will surely pass away”.

President of the Boys Brigade of Nigeria, Prince Amaa Bai, in his remarks, said the Brigade decided to decorate President Jonathan as its grand patron because of his continued support.

The church service was attended by the First Lady, Dame Patience; his mother, Eunice; deputy governor of Adamawa state, James Bala Ngilari; a representative of the Governor of Plataeu State, Shedrach Best and senior government officials.