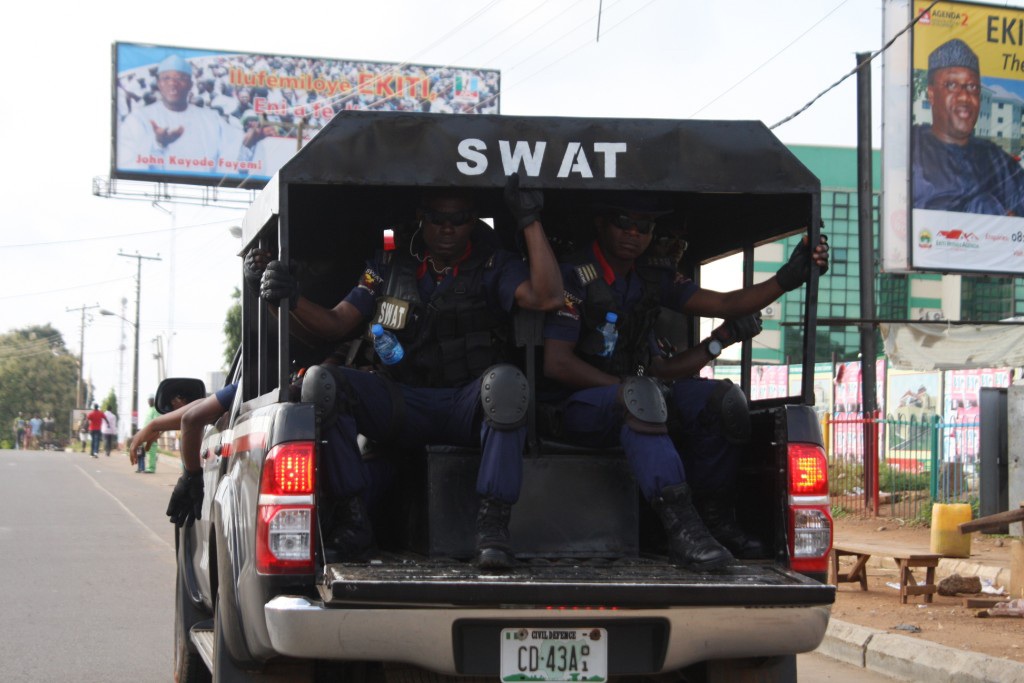 The Nigeria Security and Civil Defence Corps said on Sunday that it arrested five people for causing disorder during Saturday’s governorship election in Ekiti.

The Corps Deputy Commandant, General Administration, Mr Suleiman Bello, told newsmen in Ado Ekiti that the suspects were caught “sharing money” during the poll which contravened the Electoral Act.

Bello said that on interrogation, the suspects said they were invited to give out money to people but that they failed to disclose the source of the money.

He said the synergy between the security agencies contributed to the success of the election.

He commended INEC for being proactive by putting the necessary election materials in place. (NAN)