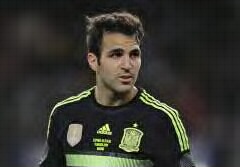 Jose Mourinho believes the arrival of Cesc Fabregas has added a new dimension to Chelsea.

The Spain international completed his move from Barcelona on Thursday, signing a five-year deal with the club.

The Chelsea boss admits he was keen to bolster his midfield options this summer and has played down the severity of previous altercations he had with the 27-year-old during his time as Real Madrid manager.

“Cesc is a great player that gives a new dimension to our team,” Mourinho told Marca.

“He’s different from [Nemanja] Matic, Ramires and Oscar. With him we have a comprehensive central midfield. I wanted a midfielder with a certain style and now I have him.

“There are no problems. We had a five minute chat and we cleared everything up. He knows what I think.”

Mourinho also insists Ramires will remain at Stamford Bridge this summer amid reports linking the Brazilian with a move to Real Madrid.

“Ramires will stay at Chelsea, he won’t be sold,” said Mourinho. {GOAL}