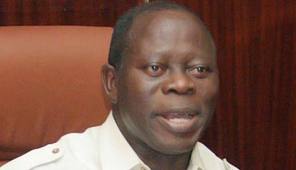 Governor Adams Oshiomhole of Edo State has assured that no All Progressives Congress (APC) governor is leaving the party.

He made this known while fielding questions from newsmen at a public lecture on ‘Party politics and quest for credible elections in Nigeria’ organized by the Aminu Kano Center for Democratic Research and Training.

According to Oshiomhole, no governor is leaving the party on account of how the party’s national convention went, saying it is normal in every political setting to have certain factions expressing dissatisfaction with the outcome of the convention.