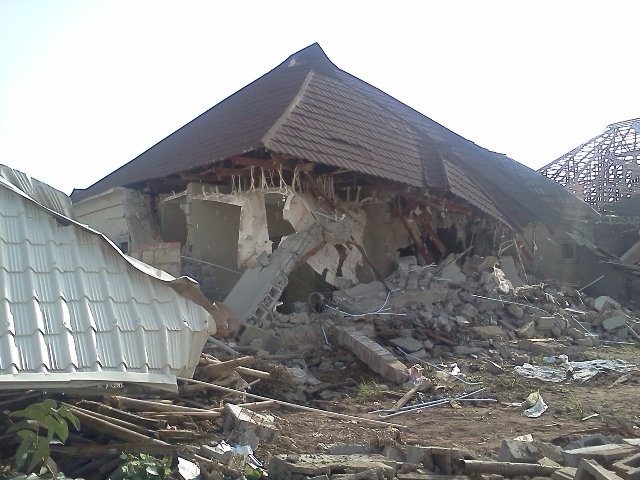 The Federal Capital Territory Administration (FCTA) has denied reports that two persons, a woman and her child died during a demolition exercise by its development control department at Aluguyi Village in the territory on Thursday.

There were reports that during the demolition of illegal structures said to be sitting on the land of an ‘influential’ Nigerian, a little girl, who was left by her mother, to quickly go and buy something from the nearby market, was killed as the building where she was kept, came crashing down under the weight of the bulldozer.

According to the reports, the mother upon her return and sighting the lifeless body of her child, took a knife and stabbed herself. She died before she could be rushed to the hospital for treatment.

The incident reportedly forced the demolition team to tactically withdraw from the scene as tension was building up.

But the coordinator of the Abuja Metropolitan Management Council (AMMC), Arc. Rueben Okoya, who faulted the reports while addressing a press conference, challenged citizens and relations of the said victims to come forward with evidence, including the names and pictures of the victims.