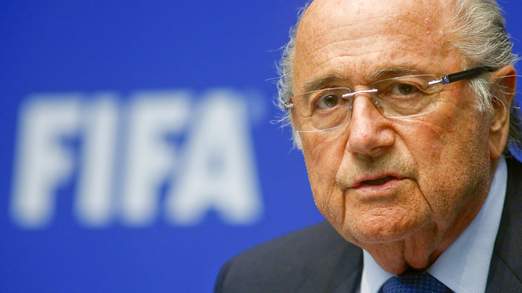 Sepp Blatter has accused the British media of racism and of orchestrating a campaign to “destroy” Fifa by focusing on corruption allegations against Qatar.

The Fifa president made his claims in a series of addresses to football delegates on the eve of his organisation’s annual Congress.

He is set to announce his intention to stand for a fifth term.

With Fifa under pressure from sponsors, politicians and the media, Mr Blatter used his first comments since fresh allegations against Qatar to attack the
messenger.

“We have seen what the British press has published,” he told delegates from the Asian Football Confederation.

“I don’t know what the reasoning is behind this but we must maintain unity.”

Addressing delegates from the Confederation of African Football on the same subject he said: “Sadly, there’s a great deal of discrimination and racism, and this hurts me.”

The African confederation then passed a resolution that condemned the “repeated, deliberately hateful, defamatory and degrading attacks by some media, notably British, on the image of the integrity of the Confederation of African Football, its president, its members, its member associations and the entire African continent.”

Until now Fifa’s official position has been to let an internal investigation into the Qatar allegations run its course.

But with Mr Blatter already electioneering ahead of next year’s vote, he was happy once more to denounce the British media.

Mr Blatter said Fifa’s critics wanted “to destroy, not the game, but they want to destroy the institution” and referred to the scandal as “Qatar-gate”.

He also told both meetings that he would increase the “bonuses” paid to member associations from World Cup profits.

His comments were greeted by enthusiastic applause, suggesting he is a certainty to win election, with only European nations opposed to him and yet to find a candidate.{SKY}