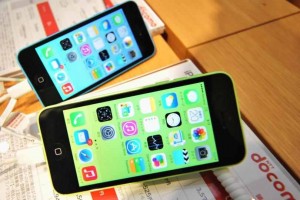 A Catholic priest in France has decided to offer blessings of parishioners’ smartphones in an effort to draw more people to the church.

Frédéric Lequin, a priest in the town of Notre-Dame de Bellecombe, will offer up the blessing on Sunday June 8 during Pentecostal celebrations.

“We must remember that the blessing of communication devices is written into the tradition of the Church just like with boats, carts and all instruments of labor and animals,” the priest told Le Progrès.

A priest from Nice has been blessing electronic equipment since 2011 and Lequin cites him as his source of inspiration.

“Father Gil Florini, parish priest of Saint-Pierre-d’Arène in Nice has already performed such a blessing following the example of the city of London,” Lequin said. “I myself have already blessed animals while I was a priest in Champagne-au-Mont-d’Or and also here in October 2013.”

According to the Local, only 56 percent of French people define themselves as Catholic, a sharp decline from 1986 when nearly 80 percent of the population identified as Catholic.