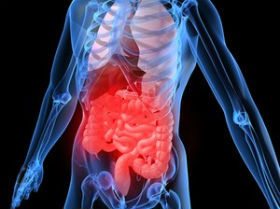 Speaking to newsmen on Wednesday in Hadejia, he said that the deaths were recorded on Monday and Tuesday, adding that about 306 other persons were affected by the endemic but have been treated at the community’s General Hospital.

According to him, the affected persons were treated freely by the state government in order to curb further casualties as well as bring the situation under control.

“The disease is caused by bacterial infection from consumption of contaminated water” Abubakar said, adding however, that sample of faeces of some affected persons had been taken for laboratory analysis to ascertain the cause of the epidemic.”

Abubakar further revealed that the state government had set up a technical committee, comprising representatives of the ministries of Health, Water Resources and Environment to investigate the outbreak, adding that government had also ordered a total overhaul of old water pipes and upgrade of the reticulation system in Hadejia to avoid a re-occurrence of the misfortune.

The commissioner stressed that his ministry had sensitised inhabitants of Hadejia and other communities in the area on personal hygiene and sanitation as measures of controlling the spread of the disease.

Meanwhile, gastroenteritis or infectious diarrhea is a medical condition from inflammation of the gastrointestinal tract that involves both the stomach and the small intestine. It causes some combination of diarrhea, vomiting, and abdominal pain and cramping. Dehydration may also occur as a result. Gastroenteritis has been referred to as gastro, stomach bug, and stomach virus. Although unrelated to influenza, it has also been called stomach flu and gastric flu.