Ghanaian football star Sulley Muntari shared money with kids of one of the poorest communities in Brazil.

It was gathered that the AC Milan midfielder was granted special permission by head coach Kwesi Appiah to fulfill his desire of meeting under privileged people in Brazil.

During his visit of Maceio, the city in which Ghana’s World Cup team are based, Muntari signed autographs and took photos with the locals. He also put hand in his pocket tot hand out money to the people.

This incredible moment was filmed, check out video and scree shots below: 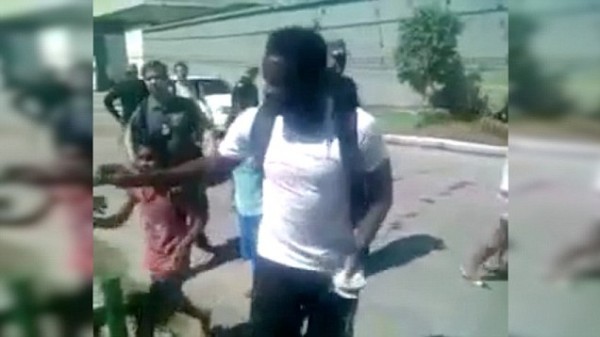 Muntari is suspended for Ghana’s final Group G match against Portugal on Thursday after receving his second booking of the tournament in the 2-2 draw with Germany on Saturday.

Earlier this week, the 29-year-old signed a one-year extension to his contract with AC Milan, which keeps him at the Serie A club until 2016.