Rivers state Governor, Rotimi Amaechi’s chartered jet was on Sunday, June 8 prevented from leaving Kano International Airport by Nigerian Airspace Management Agency where the governor had gone to the state to pay a condolence visit to Governor Rabiu Musa Kwankwaso over the death of the late Emir of Kano, Alhaji Ado Bayero. 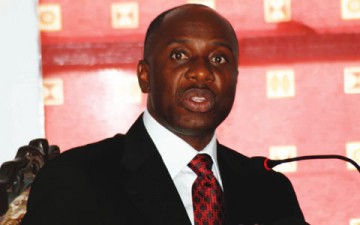 According to reports it has to do with the Governor being instrumental in the appointment of former CBN Governor Sanusi Lamido Sanusi emerging as the new Emir of Kano on Sunday following the death of the late Emir of Kano, Alhaji Ado Bayero on June 6.

Governor Amaechi and his aides were said to have travelled by road after the National Airspace Management Authority (NAMA)operatives refused to give clearance to the governor’s jet to take off.

The Kano State commissioner for State Affairs, Aminu Abdusalam who was responsible for hosting guests to the governor confirmed the development in a short speech yesterday night in Kano that the the aircraft was grounded by officials of the Nigerian Airspace Management Agency on “orders from above.”

This will not be the first of its kind for Governor Amaechi as it would be recalled that in April 2013, the governor and his entourage who were returning from the burial of the late Deputy Governor of Ekiti State, Mrs. Funmi Olayinka had their jet grounded for about two hours at the Akure Airport, Ondo State, on the allegations that it violated aviation procedures before take-off.