This was made to known to newsmen on Wednesday by Prince Diran Odeyemi, the Media Head of the Omisore Campaign Organisation. He said the gunmen invaded the house on Ikoyi Avenue, Lagos, around 2am on Tuesday, looking for Omisore. 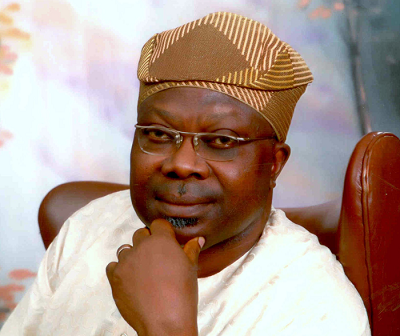 The media head, who could not confirm the number of the assailants revealed that one of them was arrested by the police.

“On arriving at the compound, the gunmen were shouting that they meant to terminate Otunba Omisore’s life. They tied the security guards with ropes and headed straight to Omisore’s room, but were disappointed as he was nowhere to be found” he said. “They cut off all communication gadgets and security network in the residence and searched for Omisore, who was busy in Osun State with his political campaigns. The assassins did not touch any of his personal effects, like money, documents and other valuable items, except for the burglary proof they damaged.”

He said Omisore has been informed of the incident, but yet to return to Lagos.

Omisore is a frontline politician, who served as the second elected Deputy Governor of Osun State, from 1999- 2002 on the platform of the Alliance for Democracy (AD). He was elected a member of the Nigerian Senate representing Osun East district from 2003 – 2011; on the platform of the People’s Democratic Party (PDP).