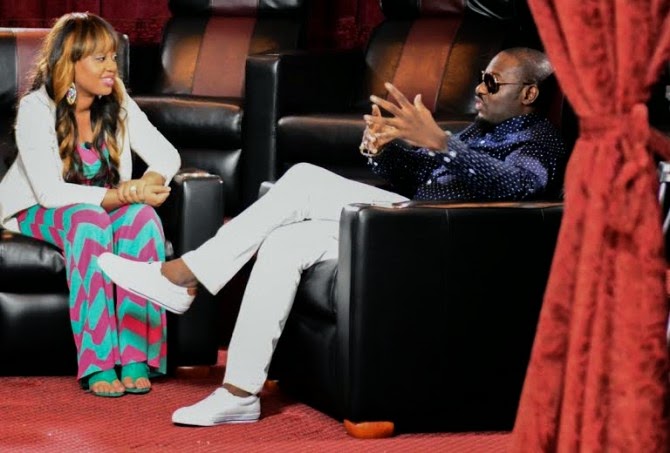 Actor Jim Iyke is always in the news for one thing or the other. But most especially because of his women. In a 90 minute interview with Emma Emerson of Golden Icons, Jim Iyke speaks about the bitter end of his relationship with is Ex and his current relationship with Nadia Buari and lots more.

Read excerpts below, you will enjoy it…..

On why he never responded to his ex’s allegations

“I didn’t say one word to the defence of myself or against her.Now I will tell you why.I spent 6 years with an amazing woman and there is nothing she does that will offend me enough to say anything negative about her.And if she was emotional enough to speak against me.I don’t think she said it because she means it.Because she knows better.We didn’t part well but we lived well.I don’t have people that can sit and say things in my ear .That’s what makes me different.What ever comes out of my mouth I take responsibility because i sat about it, tailored it and thought about it and said it.It’s not the same.I can afford to forgive you if  you are emotionally charged and you feel wronged.You are going to say stuff you don’t mean.But if I say it, please don’t forgive me because I had no influence whatsoever,everything I said I meant it.So i knew i was able to control what came out of my mouth.She couldn’t. That doesn’t make her a bad person.It just meant that time is a healer.When time played it’s course, she found out what she did was wrong.Some people are not meant in your life, they come play a very strong role and you owe them a debt you will never be able to pay for the rest of your life.That is what i owe that woman .I’ve offered friendship and she is taking that. I’m glad we can look at our stupid mistakes and laugh about it .. When you are in that place, there is nothing more beautiful than that ..”

On moving on so soon to Nadia

You can’t make a judgement based on hearsays.Were you living with us.That relationship was well over before I moved on.I didn’t owe anybody any explanation .When things are on a standstill, you either do yourselves a favour and move on…

I didn’t know there was an embargo on certain airports..I had a conversation with my pastor Rev.Godspeed and he said “Job  said when you speak twice about an issue, that’s the last time you should speak about it”I will not give this guy relevance.Whatever he says is not worse than what has been said about me ..

I don’t view it in a negative light.You can walk into a church and a man of God lays hands on you and you fall it’s normal ,but Jim Iyke walks in and falls and they say oh my God evil spirits were cast from him.They said they paid me 50million naira to act that.That’s almost  $100 thousand ..That could have been what happened or something spiritual actually happened.I could have been paid to act ..It is left for you and the public to judge

On Nadia Buari forcing him for deliverance

That is one of the dumbest notions I’ve heard in my life.Do I strike you as a man a woman would say go to a church, get a deliverance before I marry you and I would wake up and go?

That engagement was funny.We went to four countries in three days and I came back and people said I used it as a gimmick to sell my reality show ..It could be true.And others said no body could go out and get a 6 carat ring and spend that kind of money because it did cost some money , for it to be fake. The only two people that know the truth – Nadia and me.If I said I did get engaged, some will say it’s a lie.If I say I did not, some will say I told you.So it doesn’t matter.Let them keep talking .Don’t forget,she is an actress and I’m an actor..