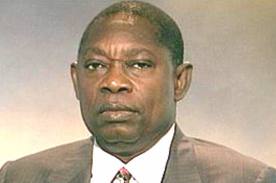 Governor Ibikunle Amosun of Ogun State on Thursday described the late acclaimed winner of June 12, 1993 presidential election, Chief Moshood Kashimawo Olawale, as someone who believed in the ideals of progressive politics.

He noted that if the late business mogul turned politician were to be alive, he would have joined All Progressives Congress.

Amosun said this at the prayer session to mark the 21st anniversary of the annulment of the June 12 presidential election by the military regime of General Ibrahim Babangida (retd).

The event held at the Abiola’s family house in Oke-Agbo, Gbagura, Abeokuta, was attended by some of the late politician’s children, relatives and well-wishers.

Amosun, who was represented by the Secretary to the State Government, Mr. Taiwo Adeoluwa, said the late MKO, who hailed from the state, demonstrated the virtues of a politician who had the love of the masses at heart.

He said, “If Chief MKO Abiola were to be alive, he would be among the progressives. He would be in All Progressives Congress, and he would most likely be in APC convention currently holding in Abuja.

“It is already 21 years that Nigerians all over shunned religious and tribal sentiments and united to vote in Chief MKO Abiola. But is this the kind of Nigeria that Abiola laid down his life for?”

The governor urged all stakeholders to work harder towards realizing the politician’s dream of a better Nigeria.

He said, “We are happy that Ogun State produced the second civilian president in Nigeria.

“We should continue to work harder to bring Abiola’s dream to fruition. Those of us who are alive have a duty to carry his message forward”.

The governor, who decried the wave of insecurity in the country, challenged Nigerian politicians to live up to the ideals that Abiola died for.

Amosun said, “As we remember June 12 which is a good thing, we should also not forget the lessons to be learnt from it.

“It is a thing of shame that insecurity remained the greatest challenge to Nigeria.

“We must ask ourselves: Would Abiola be happy with all that is happening today? And if he’s not, what do we do as individuals, state and nation to help promote and propagate Abiola’s ideals? That is what all of us should think about”.

Two of Abiola’s children, Jamiu and Tundun, were also present at the event.

Extolling their father, Jamiu noted that the only way the Nigerian government could immortalise his father was to endear themselves to the masses, who he noted, Abiola fought for.

On her part, Tundun stressed that her father’s name would remain indelible in the minds of Nigerians due to his contributions to national development.