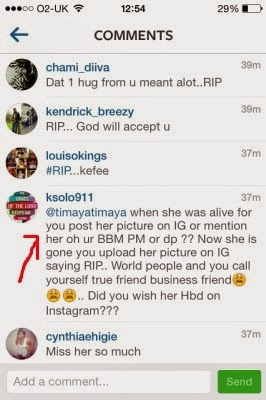 It seems the beef between K-solo and Timaya won’t stop anytime soon. After Kefee sadly passed on yesterday, her music colleague Timaya, who featured on her popular Kokoroko song went online to say how much he would miss her and how sad it is to lose a friend. But K-solo felt Timaya was not in a position to do that and lashed out at him saying, when she marked her birthday, Timaya did not use her picture on IG, BBM or anywhere and so on.Don ‘t forget that, Kefee and K-solo were also close, because K-solo worked on different songs for her like he did for Timaya. Check out what Timaya said that led to the drama and K-solo’s other reply after the cut. In all RIP Kefee! Your life was short, but the impact was felt.This was Timaya’s post that led to the whole drama; 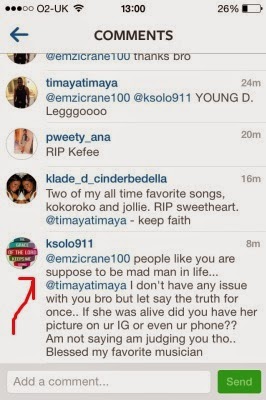 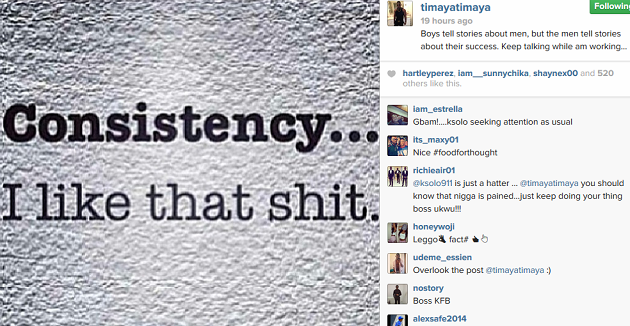