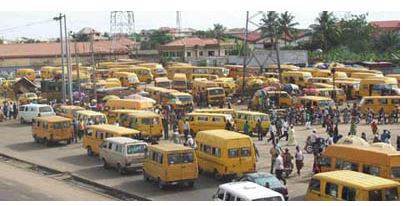 Tajudeen Agbede, Chairman of the Lagos State chapter of the National Union of Road Transport Workers (NURTW) on Tuesday said the union would provide walkie-talkies for its members in order to check the current insecurity bedeviling the country.
READ MORE: http://news.naij.com/68654.html

Agbede, who made this known to NAN in Lagos, said the move was part of measures to check insecurity at motor parks in the state. He said the initiative became necessary due to the poor services being rendered by most of the telecommunications providers.
“We are making frantic effort to tackle insecurity in all our motor parks, especially with the attacks at motor parks” he said. “All arrangements have been completed to procure walkie-talkies to all members for communication and the direct contact with the branch chairmen. Communication is a very powerful weapon and we want to promote this among us to enhance effective sharing of information on matters regarding security at parks”.
The chairman further revealed that the union will provide contacts of members in order for them to be reached whenever any suspicious movement or questionable object is discovered at any park.
According to him, such contacts would provide opportunity for members to contact themselves from unit level to top officials of the union.
Agbede said that the union was also working towards the installation of Close Circuit Television Cameras in all the parks, adding that the union had already started the use of metal detectors at various parks.
READ MORE: http://news.naij.com/68654.html
Source: NAN