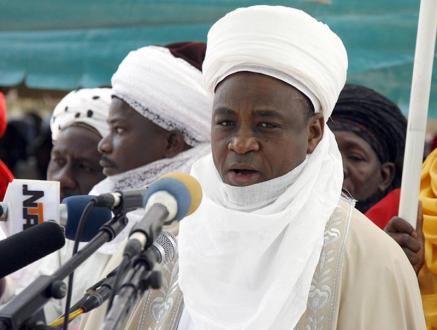 Muslim faithful in Nigeria have been urged by the Sultan of Sokoto and President General, Nigeria Supreme Council for Islamic Affairs (NSCIA), Alhaji Sa’ad Abubakar III, to start looking out for the new moon of Ramadan today.

The Sultan, who spoke on Thursday, asserted that he would make a formal announcement immediately should the moon is sighted, even as he noted that today (Friday June 27, 2014) is equivalent to the 29th Day of Sha’aban, 1,435 AH.

A press statement signed by Alhaji Abdulkadir Tambuwal on behalf of Prof. Wali Junaidu, the chairman, Advisory Committee on Religious Affairs of the Sultanate Council, states that a formal announcement would be made after today.

The statement reads in part, “Friday 27th of June 2014 is the 29th Day of Sha’aban 1435 AH and shall be the day to start looking for the new moon of Ramadan. The Sultan will make a formal announcement on June 27 if the new Moon is sighted”.