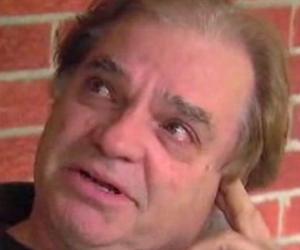 A Michigan man who was on a road trip from Arizona to Michigan with his girlfriend and elderly mother refused to call it off – even after the girlfriend died.

Ray Tomlinson thought that 31-year-old woman had simply fallen asleep while they were driving through Texas or Oklahoma, but the 62-year-old eventually realized she was dead.

After making the discovery, Tomlinson and his 93-year-old mother decided to push on through and get the body to a Michigan morgue.

“He then does an Internet search via his phone,” Warren Police Detective Sgt. Stephen Mills said. “He says he finds on the Internet that he has 48 hours to take her to a medical examiner or to a morgue.”

Foul play is not suspected, but the cause of death has not been determined yet

Tomlinson said he took the body back to Michigan because he didn’t want to leave her in a random hospital. “I cared too much for her,” he told the Detroit Free Press in an interview. “I loved her very much.”

The Macomb County Prosecutor’s Office has not charged Tomlinson with anything at this time.