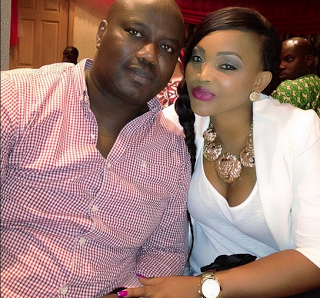 In a recent interview with Encomium, Yoruba star actress and the mother of two has denied all rumours that she is romantically involved with Rotimi Amaechi, Rivers state governor.


What’s the relationship between you and Rivers State governor, Rotimi Amaechi?

I only know him to be Rivers State governor, and from his performances so far, he has proved himself to be very sensitive when it comes to the plight of his people. He has worked tirelessly to give them good roads, improved healthcare, etc. He has also alleviated poverty in the state. That much I know because I have family and friends who live in the state, and I hear from them regularly the way he governs the state. And how people sing his praises. Although, I have not had the privilege of meeting him in person, I have heard much about his achievements since he became the governor of the state.

But it was rumoured that you collected N5m from him to feature at the 2014 Children’s Day celebration in the state. What’s your reaction to that?

There is no iota of truth in it. I never at a point collected a kobo from him. I don’t even know him one-on-one.

The rumour also has it that both of you are in a sizzling romance, that’s’ why you were invited to the May 27, 2014 celebration?

It’s not just untrue but laughable.

But were you truly the only actress invited for the ceremony and did you actually attend?

I wasn’t the only one invited. What happened was that there was a book reading session organized by Best of Nollywood in conjunction with the Rivers State government, and celebrities were invited, among whom Alex Ekubo, Yomi Fash Lanso, Dayo Amusa, Olaitan Ogunbele and others. I was also invited but I was out of the country then. So, I couldn’t attend. I think it was the initiative of Rivers State government. I wasn’t the only actress invited for the programme. So, I don’t know what could have informed such rumour.