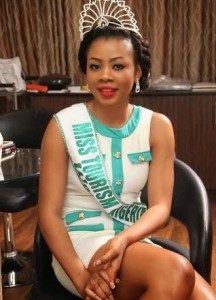 We have noticed the appointment of a lot of socialites into political offices during this Goodluck Jonathan government and the trend continues.

Queen Collete Nwadike, the current Miss Tourism Nigeria 2014 who few weeks ago was appointed as Special Assistant (SA) On Tourism to the Anambra State Governor has just sealed another major deal.

Queen Collete just signed a major movie series deal with one of Africa’s biggest producer Obi Emelonye, the Producer and Directed of ‘Last Flight to Abuja’, ‘The Mirror Boy’ and ‘Onye Ozi .

The deal will see Queen Collete in a major lead role alongside some of Nigeria’s biggest movie names.