A 21-year-old man, Farooq Shah, has been found guilty of murdering a pregnant woman, Mariana Popa, in the United Kingdom. 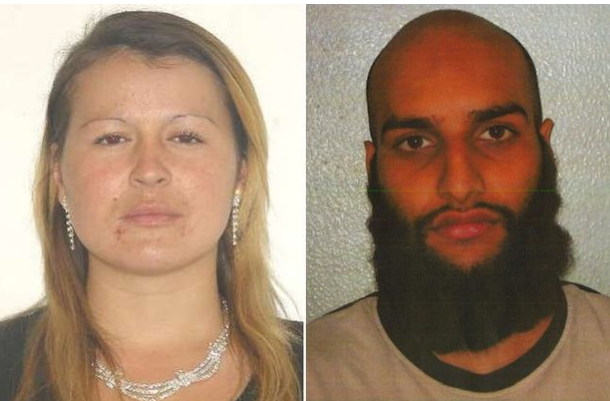 The mirror reports that Farooq allegedly stabbed the Romanian mother-of-one to death in the street last year November.

It was gathered that Shah committed the murder after he robbed a man.

Police sources say he had the intention of harming someone with the knife he was carrying that night.

Detective Inspector Darren Richards said the accused had already threatened and robbed a vulnerable man with a blade, and was hanging round the “looking for another victim” when he killed Ms Popa.

Reports say by the time rescuers got to the injured woman around midnight, she was found with stab wounds to the chest.

She was identified as Romanian Ms Popa, 24, a sex worker who was in the early stages of pregnancy when she died, and also had a six-year-old daughter.

* The late Popa, left, and Farooq.

Commenting on the matter, DI Richards said: “(Shah) killed Mariana because she was there, because he thought he could get away with it. In doing so, he has deprived a young daughter of her mother.”

Investigating the murder, officers reviewed hundreds of hours of CCTV footage, some of which captured the murder taking place. Images showed Ms Popa, who had only been in the UK a number of weeks, walking along with a man on a bicycle before he is seen taking a knife from his back pocket and stabbing her twice in the chest.

He makes off on his bike, while Ms Popa collapses at a nearby shop. After tracking down Shah’s bike, police arrested him at his home in November. He was found guilty of murder, and will be sentenced later this month.