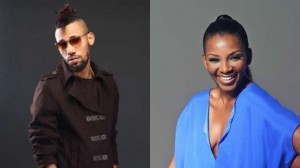 Nigerian Igbo Rapper, Phyno actually has a life ambition and that is to marry One of the top actresses in Nollywood.

According to the chap who, within a few years, has placed the genre of Igbo rap on a high pedestal on the Nigerian music scale, told an interviewer recently that if he can achieve his ambition of getting Genny as his own, then he must have accomplished the biggest dream in his life.

It  was also reported that he impregnated his former girlfriend Rita Edmond, but they also said that they had nothing together.

This is what he told the newshound:

“Genevieve Nnaji is my crush. I will give anything to have her. I can’t rule out dating her because nothing is impossible.”

Do you think this will be a good match?