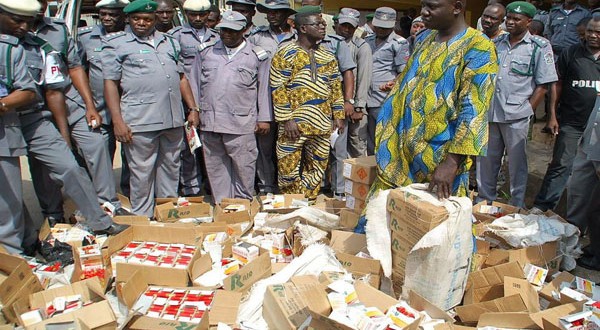 The Nigerian Customs Service, NCS, says the suspect who was caught attempting to smuggle military camouflage and boots among other goods into country has now been handed over to the Directorate of Military Intelligence, DMI.

The Custom Area Controller, Port and Terminal MultiService Limited Command, Folorunsho Adegoke, made this known to journalists on Friday in Lagos.

Mr. Adegoke said the NCS handed over the suspect to the DMI when the State Security Service, SSS, which had earlier taken custody the suspect on Wednesday, returned him to the command.

The suspect was arrested by the Customs on Monday and handed over to the SSS on Wednesday.

Mr. Adegoke said the SSS returned the suspect on Friday and urged the command to hand him over to the DMI for further investigation.

He said that the SSS officials told the command that the DMI was in a better position to investigate the case.