The well-known actress Chioma Chukwuka addressed her followers on Twitter asking for any information about DPO New Haven Police Enugu.

The woman wrote that three police officers harassed her in New Haven, Enugu state, but did not specify their names. 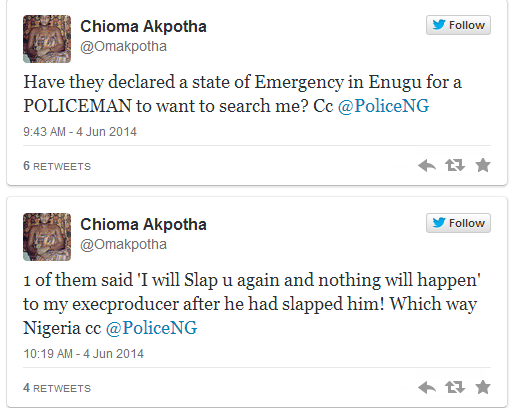