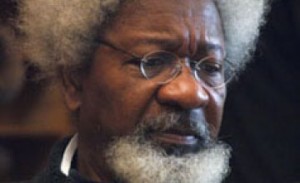 The Ogun State Government on Wednesday stressed that it would continue to support projects that would project the image of the Nobel Laureate, Prof. Wole Soyinka.

The State Governor, Senator Ibikunle Amosun, made the pledge at a press conference held in Abeokuta, the state capital, in preparation for the 80th birthday anniversary of the literary icon.

Represented by Secretary to the State Government, Taiwo Adeoluwa, the governor described the celebrant as a rare breed, who would always be celebrated.

Mr. Amosun also expressed delight at Mr. Soyinka’s records of achievements in academics and emancipation of the black race.

“Soyinka has led a turbulent life through struggle for justice, but we thank God for his achievements so far in life and his attainment of the privilege 80 years of age”, the governor said.

“Although, Soyinka is everybody’s product, we in Ogun State are proud to continue to celebrate him because, he has continually put Ogun State on the world map.

“He has joined the octogenarian club which is very significant and unique and we will continue to work for his progress”, Mr. Amosun said.

According to Kareem, as part of the activities for the celebration, a play titled “Dance of the Forest”, which Soyinka wrote in 1960 at barely 26, would be staged a day after his birthday at a yet to be disclosed venue.