This question came in light of the astonishment that heralded the statement of the President during a campaign speech. 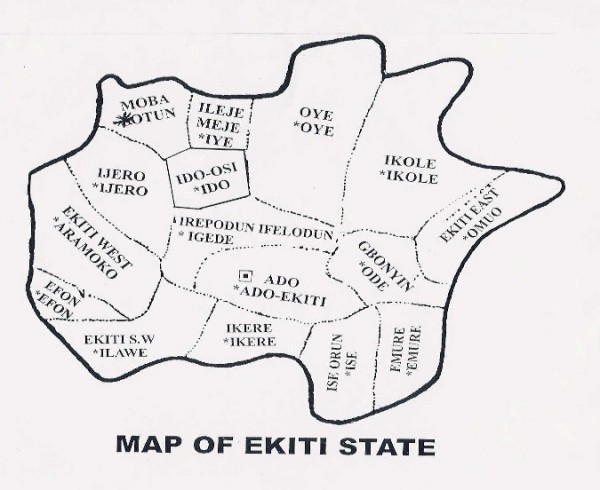 The President recently at a campaign ground in Ekiti state, said he would develop Ekiti if Ayo Fayose wins the forthcoming Gubernatorial election.

Are you surprised? Don’t we know the President often makes statements that raises eyebrows? Was that statement Presidential? But to keen followers of the polity, it is a common knowledge that how close and friendly you are to the President determines how much of development would come to a particular state. Would you compare the relationship that exist between the President and the quartet that include Gabriel Suswan, Olusegun Mimiko, Godswill Akpabio and Seriake Dickson, the Governors of Benue, Ondo, Akwa-Ibom and Bayelsa states respectively to that of Rotimi Amaechi of Rivers, Nyako of Adamawa, or any other Governor of the APC in the South-West?

The closer you are to the Presidency, the more federal projects in your domain. That is the peculiarity of our politics. The politics of favoritism! It’s un-constitutional but it always plays out in our politics. Didn’t the President stop the World Bank water project in Rivers states because of the wrangling between the Governor and the First Lady? A project that should benefit the people of River states was jettisoned all in the name of politics. Even when Dame Patience Jonathan is reportedly from that region of the state, the Presidency damned all consequences and stopped that massive project.

That is Nigeria for you! The question that would emanate from the President’s statement at the campaign ground, is Goodluck Jonathan not the President of the whole of Nigeria? Or is he a sectional President? I wished the President would listen to French General and Emperor when he claimed “The heart of a statesman must be in his head.”

Our President should stop being emotional!

If I recall, during the 2011 Presidential election, President Jonathan won the South-West except Osun State that went to Nuhu Ribadu and the defunct Action Congress of Nigeria (ACN). The indigenes of Ekiti state voted massively for the President in that election, so why deny them of development on the account of the incumbent Governor being an APC’s Governor?

In better climes, Presidents conducts themselves like statesmen and not politicians. The immediate past US Secretary of States, Hillary Clinton aptly puts it “a politician thinks of the next election, a statesman, of the next generation.” Politics should end with elections. During the period preceding the 2012 United States Presidential elections, Hurricane Sandy broke out. Guess what happened, Barack Obama and the Governor of the state of New Jersey, Chris Christie worked as if they were of the same party. Both reportedly gave thumbs up to each other on their contributions in stemming the disaster.

That is how to work for the people. The current brouhaha between the Governor of Borno, Kassim Shettima and President Jonathan is as a result of the mistrust between both. Otherwise, I wonder the tantrums being thrown at each other by two men voted to lead and not to quarrel.

Our leaders should know when to politicize and when to offer leadership. Enough of these brickbats in the polity!