Police officers in central Florida, USA has reportedly arrested a 68-year-old woman, Margaret Ann Klemm, for allegedly having sex with her toyboy. 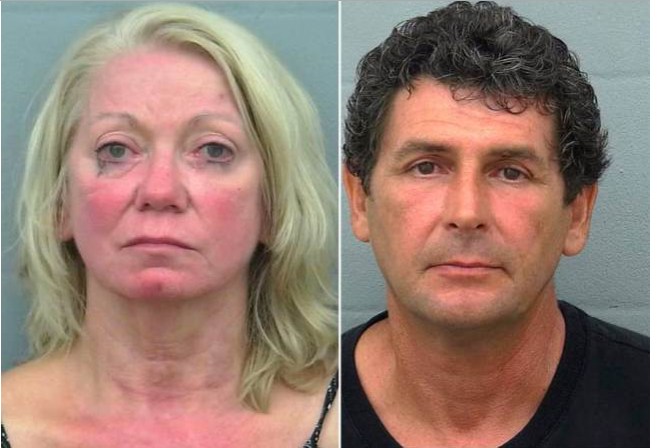 Reports stated that the septugenarian was caught red handed having drunken sex with David Bobilya, 49, in the square of a retirement community.

It was gathered that Policemen were called to The Village, a 55-and-older community in central Florida, at around 10.30pm to find Margaret and David in coitus.

The Smoking Gun reports that when investigators arrived at the scene, Margaret had her shirt pulled down and wasn’t wearing any pants while David’s trousers were around his ankles.

Margaret is reported to be a resident at The Villages, and Bobilya, who lives in nearby Summerfield, were taken to jail and later released on $1,500 bail.

Both face charges for public intoxication and indecent exposure.

The Village is said to have more than 50,000 residents and describes itself as ‘Florida’s Friendliest Retirement Hometown’.